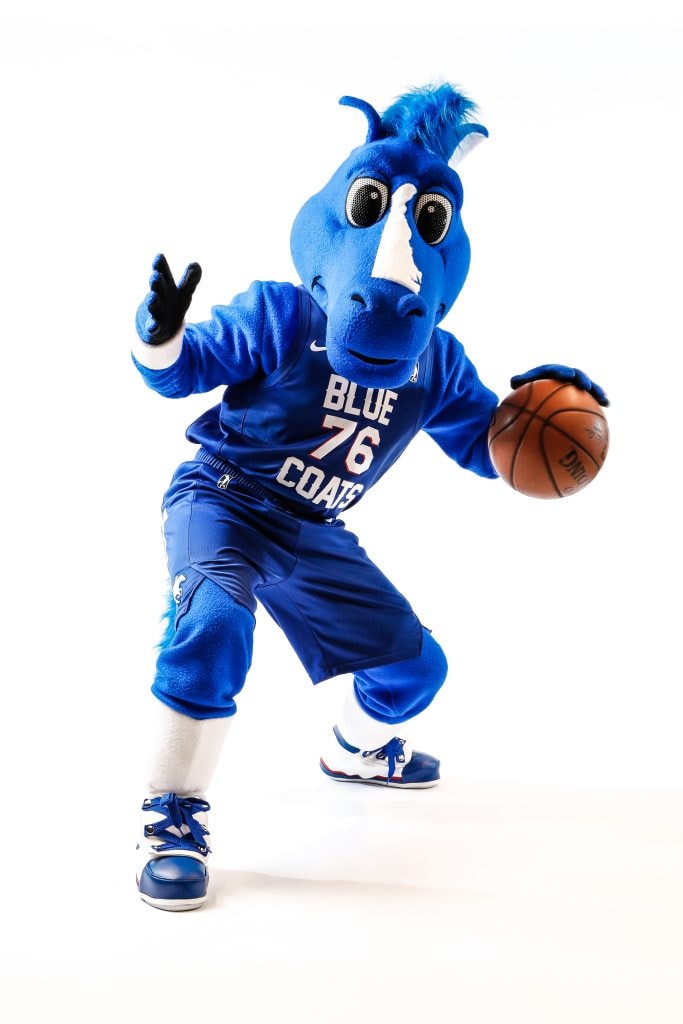 As the clock neared midnight on a stormy night on July 1, 1776 Delaware’s Founding Father Caesar Rodney set out on one of the most important journeys in American history. Rodney rode 80 miles on horseback to Philadelphia to cast a tie-breaking vote for American Independence in the Continental Congress.

This high-energy horse is dressed to compete in his authentic Blue Coats basketball uniform. Coaty’s custom kicks comfortably fit his springy hooves. His shiny blue coat and thick navy mane compliment the unique white Delaware-shaped birthmark on his nose. Incredibly, this speedy equestrian’s athletic prowess isn’t only showcased on the ground, but also in the air. Sixers mascot Franklin taught Coaty how to dunk when he was a colt, giving new meaning to the term, “horse fly.”

Coaty’s mission is to use the power of basketball to help Delaware’s youth achieve success in the classroom, on the court, and in their neighborhoods.

SONGS: “Our Delaware” and “Here Come the Sixers”