Blue Coats center Christ Koumadje, who leads the NBA G League in blocked shots per game (4.0) and total blocks (133), took some time to chat about his blocked shot celebration, growing up in Chad and more.

This Q&A originally took place during a Blue Coats road trip in February. It also features a pair of Healthy Lifestyle questions presented by ChristianaCare.

Q: Some background on your shot-blocking prowess?

A: I saw [Toronto Raptors forward] Serge Ibaka do it once, but he hasn’t been doing it lately. I remember in college, I did it a couple of times. Every time I’ve seen [Ibaka], he kind of does it with one thumb. And then if it’s a big block, I prefer to go with two—double thumbs down. If it’s just a quick block, one thumb down is fine with it.

Two more blocks tonight and Christ Koumadje has 💯 on the season.

Tonight is his 26th appearance.#JoinTheRevolutionpic.twitter.com/KwMMIIbi1H

Q: Where are you from?

A: I was born in Sarh, Chad, which is like—not a village, but it’s like a half-city, half-village. I lived there for about two years, and then I moved to the capital [N’Djamena].

Q: How would you describe your hometown to someone who has never been there?

A: The capital is just a loud, big city. Kids playing soccer outside. It’s a crazy atmosphere. It’s loud—it gets noisy out there. Growing up playing soccer, basketball wasn’t a big sport [for me] back then. It was just soccer.

Q: How long did you play soccer?

A: I played soccer from the time I could start walking until I was 15, 16 [years old]—and that’s when I started growing.

Q: When did you start playing basketball?

A: At 14 [years old], I started growing. And then everybody was like ‘man, maybe you should stop playing soccer. It’s not a sport for you.’ And then finally at 16, that’s when I decided to play basketball. 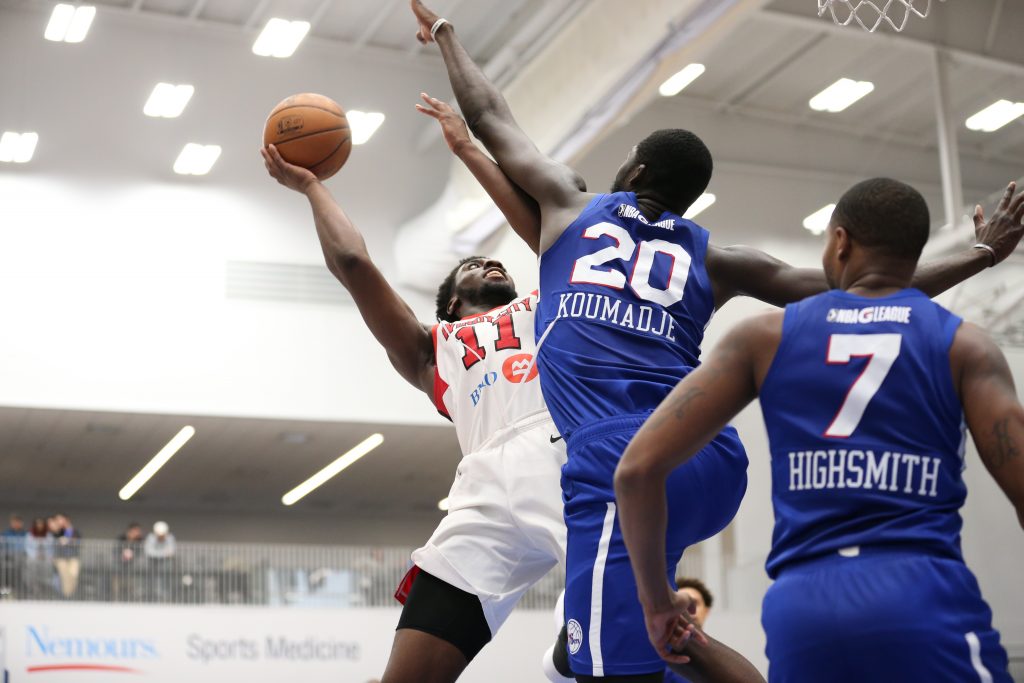 Q: You played high school basketball at Montverde Academy in Florida with Philadelphia 76ers All-Star Ben Simmons and your Blue Coats teammate Doral Moore. What was that experience like and how good was that national championship-winning team?

A: Oh yeah, it was a great team. Almost everybody on that team went Division I. From the starters to even the last guy on the bench, everybody went D1. Practice was intense and it was competitive. Just being there in that atmosphere, you got better every day just competing.

Q: If you could be any animal, which animal would you be and why?

A: I would say a horse. They’re fast, they never stop.

Q: Any pregame rituals or routines?

A: If it’s a later game, I try to take a nap. Last minute pregame, I try not to tie my shoes until I get to the court.

Q: What do you do For the Love of Health?

A: I try to meditate at least once a week. I just started this year.

Q: What are some of the things that you like to have around for your daily nutrition, diet or just in general?

A: I drink a lot of ginger juice. It’s pretty good—you should try it. I try to cook my meals now. I try to do my meal plans. Chicken, rice, broccoli—just a classic meal plan.