Blue Coats assistant coach Xavier Silas recently joined the Coat Check podcast and discussed playing in the 2012 NBA Playoffs with the Philadelphia 76ers, the biggest adjustments in his first year as a coach, the best food cities on the NBA circuit and more. Below are a few excerpts in our Q&A format, which will be published one week prior to each new episode, with a special preview featuring the upcoming guest at the very end.

The Coat Check podcast is available every other Thursday in both the ‘Delaware Blue Coats’ and ’76ers Podcast Network’ feeds on Apple Podcasts, Spotify and elsewhere.

Q: What memories do you take away from your playoff experience with the 76ers in 2012?

A: I mean it was a great experience. If you remember that team, it’s Jrue Holiday, it’s [Andre Iguodala], it’s Evan Turner, it’s Elton Brand, it’s [Lou Williams]–that team was stacked. As a rookie, being able to come in and–in that Bulls series, I didn’t dress. But I worked so hard in shootaround, in practice–I mean I just went full speed, 100 percent the whole time and ended up earning a spot. In the Celtics series, [the 76ers] dressed me and had someone else sit in a suit. It was cool to be there and fight for that. Playoff basketball is amazing. Going to Game 6 with the Bulls and then going to Game 7 with the Celtics–just that whole experience was amazing and I learned so much from Coach Collins and that coaching staff. It was great. Jumping in there [and] playing in those two games against the Celtics in the playoffs, as a rookie, was huge. And I was able to kind of build off of that and have a certain type of confidence for the rest of my career.

Q: First year as a coach, an assistant coach for the Blue Coats…describe the transition from player to coach.

A: As far as the transition goes, I didn’t miss playing as much as I thought I would and I liked coaching more than I thought I would. I thought it would be the opposite. And that’s just from me last year being a player and kind of wondering if I’m really going to like it. But with our coaching staff, I really enjoyed it. I enjoyed it way more than I thought I would. [There are] so many different things that you have to learn and begin to conquer, which is something that I’ve always liked. I like identifying weaknesses and then working to build them and turn them into strengths. And so, kind of being able to do that as a coach–identifying things that I can do better, and how we can be better as a whole and coming up with strategy–it was just a really good experience and I’m glad I made that move early. A lot of people probably thought I was little crazy retiring that early, but I think I made the right move and I really enjoy it. 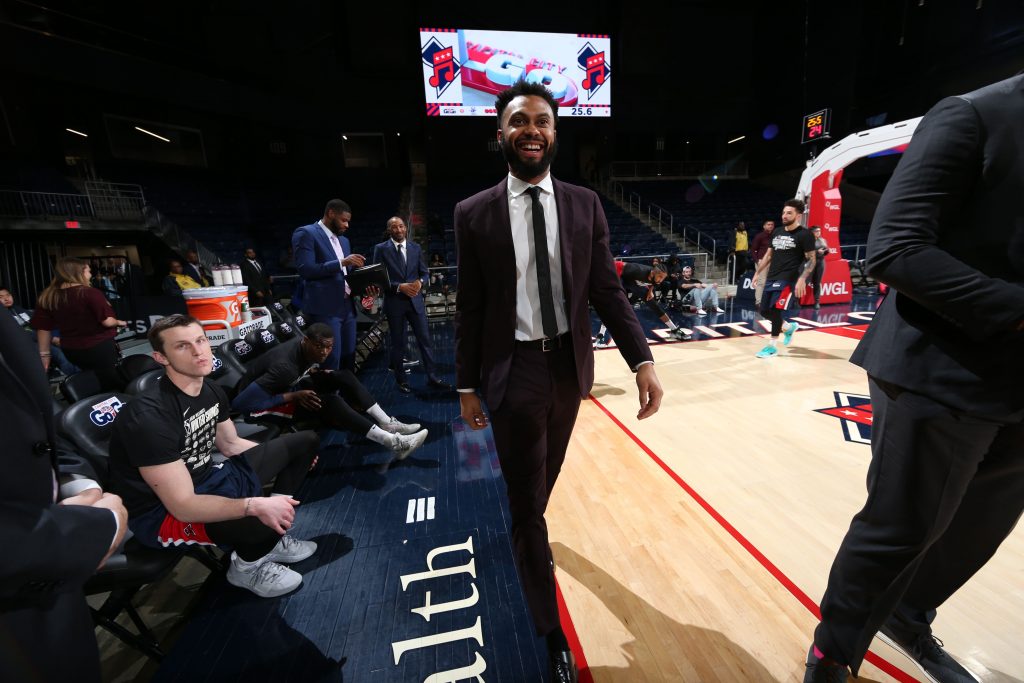 Q: What are some of the best food cities on the NBA/NBA G League circuit?

A: I love Chicago. They have so many great restaurants. Joe’s Stone Crab is my favorite restaurant and I know I can get there in Chicago. I can get there in Washington, D.C. And then there’s one in Vegas as well. When we talk about just top food spots, I always say–[and] a lot of people don’t think about it–Vegas. When you’re in Vegas for Summer League and all of these different things that you have to be there for in the NBA, they just have these world-renowned chefs in every single hotel competing with each other and there [are] so many great restaurants. And so, when it comes down to it, if you want the most quality restaurants, Vegas is definitely the spot.

Q: What are you doing For the Love of Health, given the current circumstances?

A: I have a Peloton. I’ve been going crazy on the Peloton. A lot more than I was able to do during the season. I’ve been doing a lot of research on what to do and one of the things that I kind of want to do, or get, is a mini trampoline. They said that jumping rope and doing the mini trampoline are [some] of the things that will burn the most calories. I can’t really jump rope that much just because it’s just too much impact. But on the trampoline, I’ll be able to.

Q: In your transition from college to the pro ranks, what area(s) do you think you improved in most this season?

A: I feel like IQ-wise and starting to learn the game. Learning different aspects of the game. Being able to watch, see guys play and just learn this whole system. It’s a completely different system in college. So I would think just my learning and seeing what I’m capable of on the court was probably my main thing that I learned from this season.