The two-way players who will spend time with both the Philadelphia 76ers and the Delaware Blue Coats during the 2018-19 season are second-round draft pick Shake Milton and third-year pro Demetrius Jackson. In each edition of Two-Way Tuesday, either Milton or Jackson will be in the spotlight.

Pardon the baseball expression, but the Blue Coats Beat throws a curveball this week, as two-way contracts are in the spotlight.

With Blue Coats training camp now underway, it’s time to take a more detailed look at the breakdown of G League rosters. The focus: an excellent graphic provided by the G League about the five main types of players on training camp rosters. 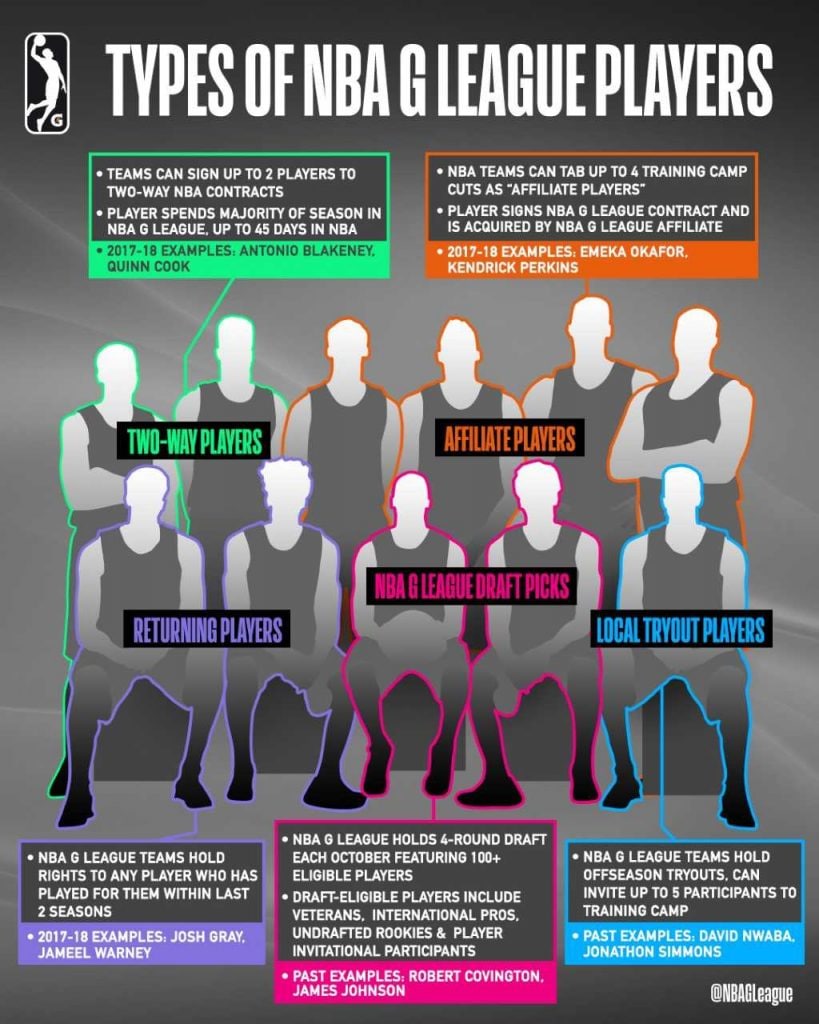 In case you missed it, the Blue Coats announced their training camp roster on Monday. For the full roster, click here.

Interim General Manager Matt Lilly was the guest on this week’s episode of Coat Check, the team’s official podcast, and offered more insight on the types of players on the roster.

“There are a few different ways that we can acquire guys,” Lilly said. “There are guys that came through 76ers camp and we acquired their rights that way. There are a couple guys that we traded for. [There are] a few guys coming back from last year’s team where we retain their G League rights—they sign in and come back to us. Through the local tryout process, we’ve got three guys who are here in camp with us. Then, the last few guys [were acquired] in the draft on Saturday. So that’s the group of 15 guys that we have here in training camp, plus the two two-ways who will be spending some time with us here—Demetrius and Shake.”

“We’re excited. I think it’s going to be a really competitive camp. We’ve got some tough decisions to make to get down to the regular season roster. We’re excited to get the guys in the gym and let them get after it.”

The full interview with Matt Lilly will be available in the second episode of Coat Check later this week.

Catch up on the first episode with guests Demetrius Jackson and Shake Milton below.