WILMINGTON – NOVEMBER 30, 2020 – The Delaware Blue Coats, the NBA G League affiliate of the Philadelphia 76ers, announced today the launch of the Blue Coats Broadcast Academy powered by Rowan Radio. The team and Rowan University will hold student auditions for Blue Coats play-by-play and game analyst roles through this unique extracurricular opportunity. Through the partnership, Rowan Radio 89.7 WGLS-FM, which has won 327 regional and national awards since 1993, will air all team home games at 76ers Fieldhouse and becomes the official flagship radio home of the Delaware Blue Coats.

“We are thrilled to begin this innovative relationship with Rowan University,” said Blue Coats President Larry Meli. “At its core, the NBA G League is all about developing talent, and that extends beyond the basketball court. We are excited to capture that spirit in our game broadcasts by providing the opportunity for students to put unparalleled, live professional basketball experience on their resumes.” 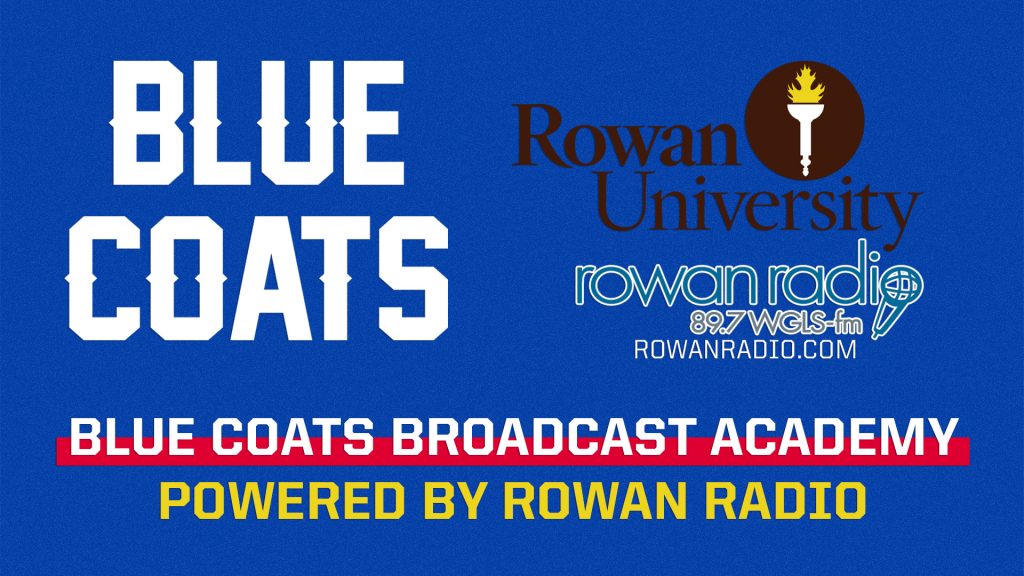 Dr. Sanford Tweedie, Dean of the Ric Edelman College of Communication & Creative Arts, which houses the Center for Sports Communication & Social Impact at Rowan, said it is ever more important to build relationships outside the classroom that can lead to student employment opportunities.

“In a time of tight economic markets, it is critical that we continue to provide internship opportunities for our students, as we know these often lead to post-graduation positions,” Tweedie said.