ORLANDO — MAR. 3, 2021 — The Delaware Blue Coats (9-4), the NBA G League affiliate of the Philadelphia 76ers, defeated the Canton Charge (4-9), 103-97, on Wednesday afternoon at the ESPN Wide World of Sports Complex near Orlando, Florida. With the win and NBA G League Ignite’s loss to the Agua Caliente Clippers, the Blue Coats clinched a playoff berth for the first time in Delaware franchise history.

76ers two-way contract player Paul Reed scored 14 of his 26 points (10-17 FG, 2-4 3FG, 3-3 FT) in the fourth quarter, the most for any Blue Coat in a single quarter this season. He added 12 rebounds, including a season-high nine boards on the offensive glass. It was Reed’s 10th double-double in 13 games. 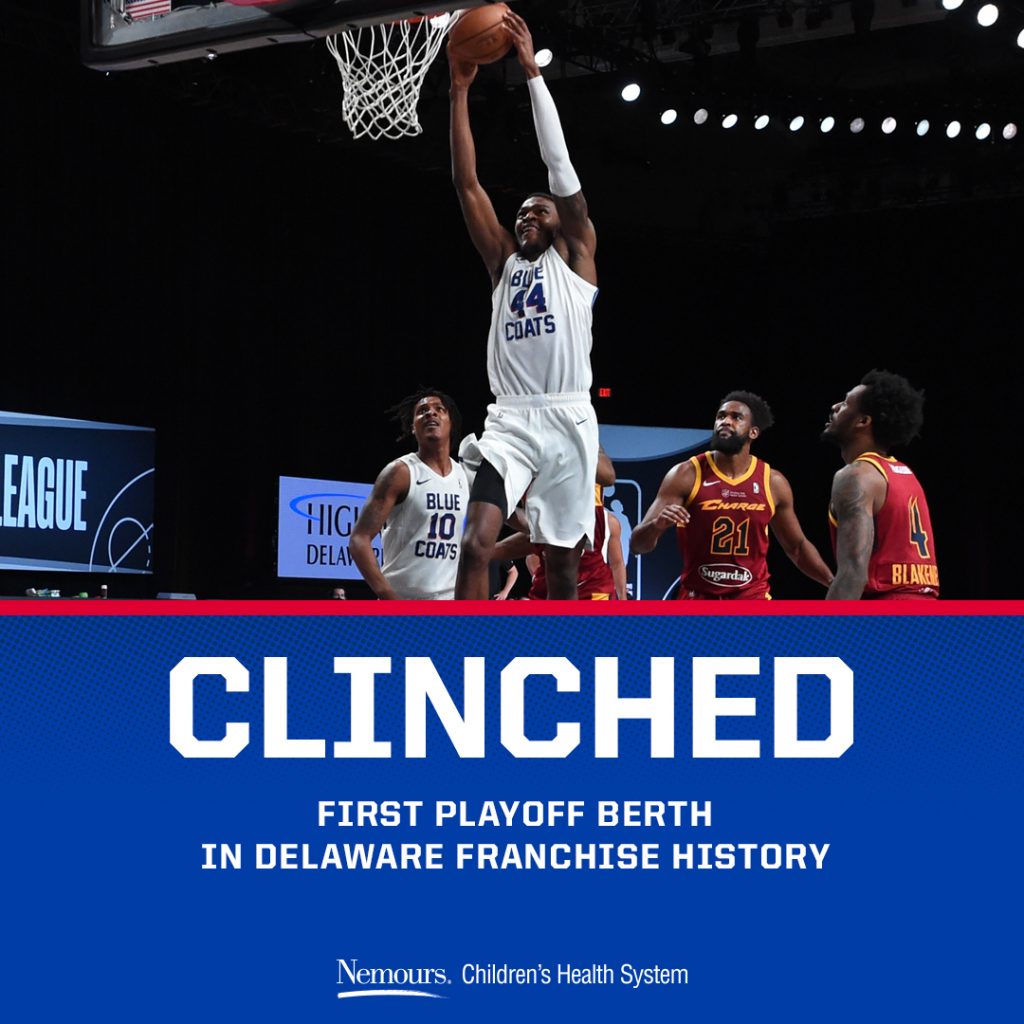 UP NEXT: Delaware will take on the Salt Lake City Stars on Friday at 7 p.m. ET. The Stars are 4-9 entering their Wednesday night matchup with the Lakeland Magic. Friday night’s game between the Blue Coats and Stars can be seen locally on DETV Channel 28 and heard on Rowan Radio 89.7 WGLS-FM.