ORLANDO – FEB. 21, 2021 – The Delaware Blue Coats (7-0), the NBA G League affiliate of the Philadelphia 76ers, defeated the Austin Spurs (6-2), 122-107, on Sunday night at the ESPN Wide World of Sports Complex near Orlando, Florida. Seven Blue Coats reached double figures scoring for the first time this season, as the team tied the franchise record for consecutive wins with its seventh straight victory. 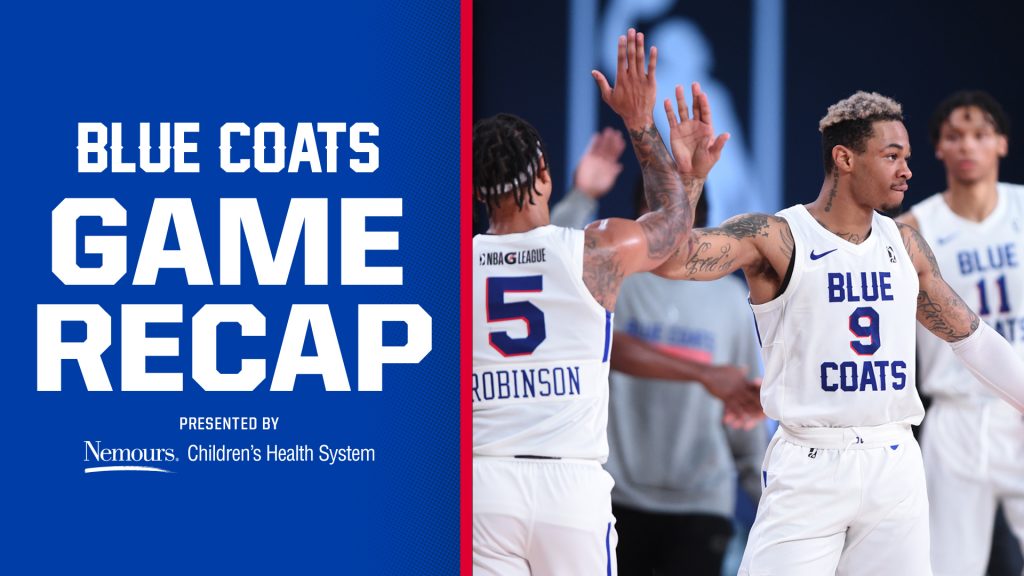 The Blue Coats led the Spurs 65-55 at halftime. For the game, Delaware outrebounded Austin 46-39 and won the battle for points in the paint by a 70-42 margin.

Austin’s Anthony Mathis scored a game-high 33 points on 10-15 shooting from the field, 5-9 from three-point range and 4-4 from the free-throw line. Sacramento flex assignment player Robert Woodard II had a double-double with 13 points and 10 rebounds in a team-high 31 minutes. Galen Robinson Jr. dished out a game-high 14 assists, while London Perrantes had 10 assists of his own in the loss.

UP NEXT: The Blue Coats play the second game of their current back-to-back on Monday at 3:30 p.m. ET against the Erie BayHawks. Erie holds a 6-1 record. The game can be seen locally on DETV Channel 28 and heard on Rowan Radio 89.7 WGLS-GM.