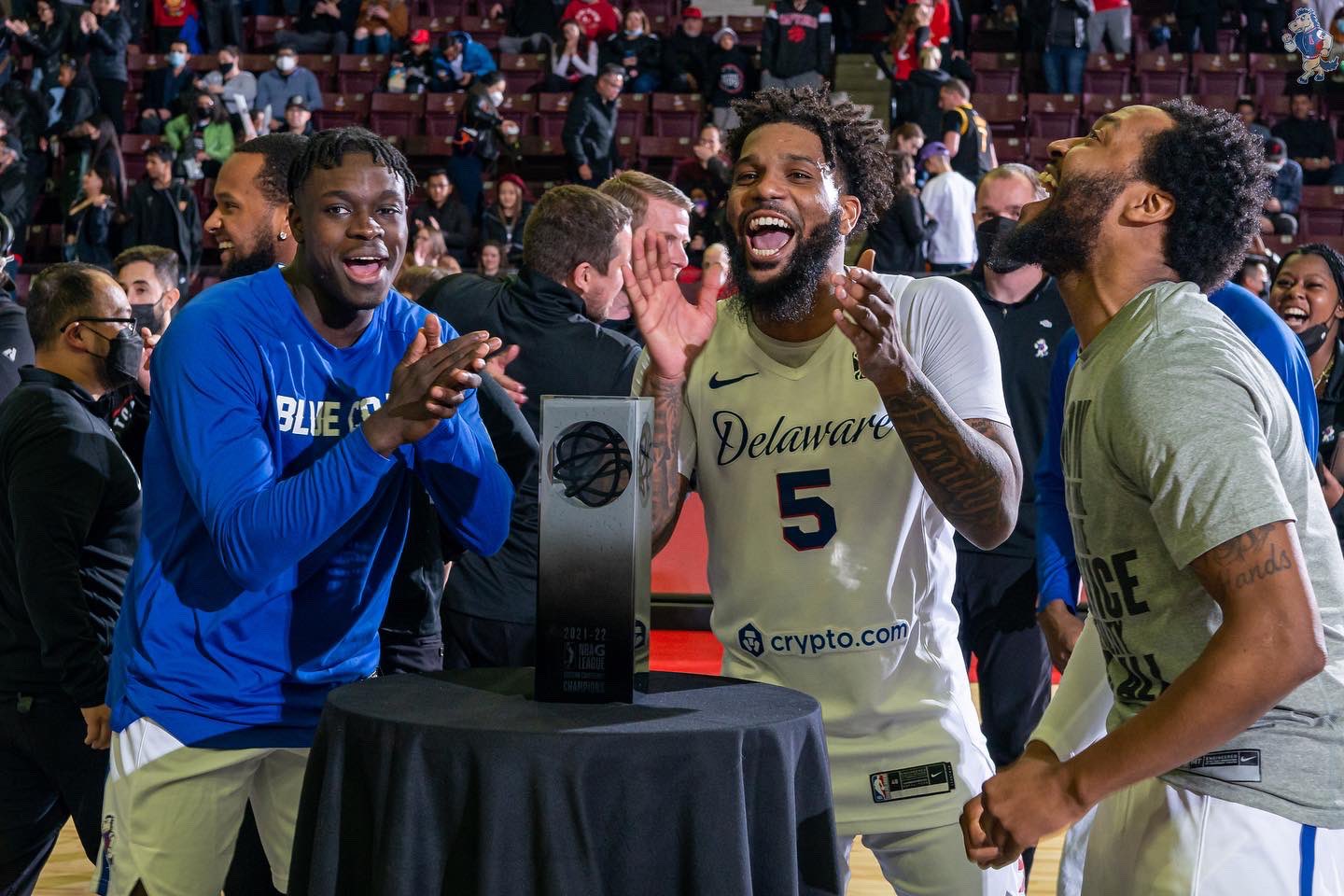 The Delaware Blue Coats are officially going to the NBA G League Championships for the second year in a row. On Sunday night in Toronto, the three seed Coats upset top-seeded Raptors 905 143-139 in the Eastern Conference Championship.

Delaware took the lead in the first quarter and by halftime, the Blue Coats had already scored 81 points on the league’s top-rated defense.

The Blue Coats just scored 81 points in the first half at the Raptors 905. Up 8.

Winner to the @nbagleague finals.

Turnover ratio played a big role in the contest, as the 905 gave up the ball 20 times compared to the Blue Coats’ ten. Delaware’s shooting was also just better than the Raptors throughout the four quarters, as they shot 50% from the field and 41% from three.

Buckets on buckets! Myles Powell and Charlie Brown Jr. went on a scoring spree to lead the @blue_coats back to the NBA G League Finals presented by Youtube TV.

Up Next
The Blue Coats are Championship-bound and will play a best-of-three series against the Western Conference Champions, the Rio Grande Valley Vipers.

They will be traveling to Texas for game one on Tuesday, April 12 with tipoff set for 9:00 p.m. ET. The game can be watched on ESPN2 and listened to on Rowan Radio 89.7 WGLS-FM.

AND THEN THERE WERE TWO 🏆

The stage is set! The No. 1 @RGVVipers and No. 3 @blue_coats will battle for the crown!

The NBA G League Finals presented by YouTube TV will begin on Tuesday at 9:00 pm/ET on ESPN2. pic.twitter.com/nh3G9I3e0H

Brianna Mac Kay is a student at Rowan University and contributor for the Delaware Blue Coats. To read more of her work, visit TheWhitOnline.com.