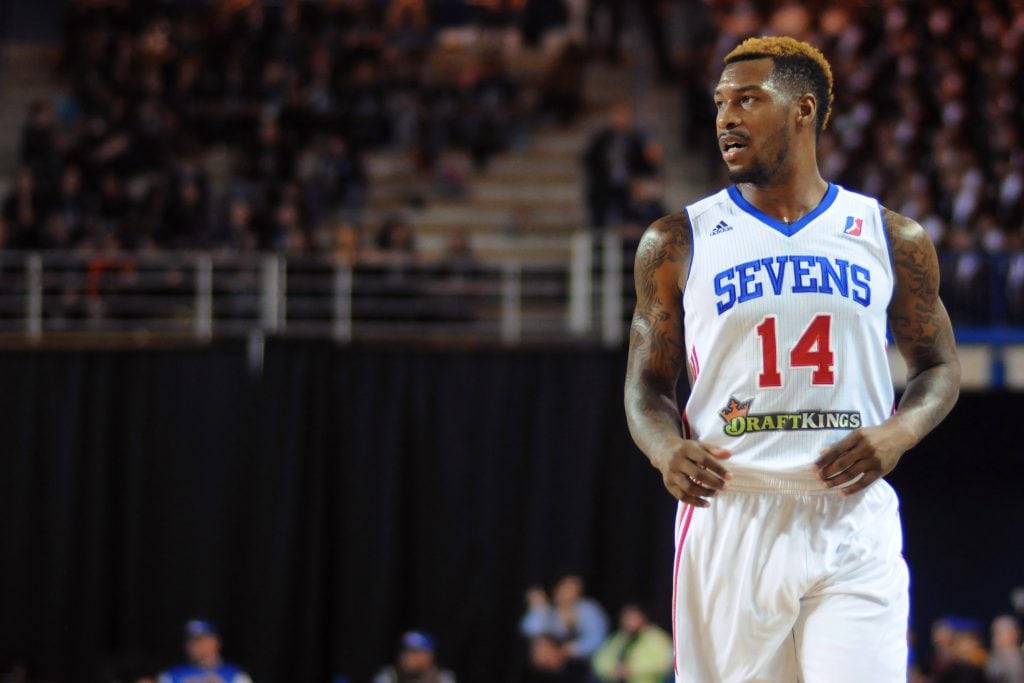 It’s been a little while since we’ve seen Sean Kilpatrick, the undrafted guard out of Cincinnati, in red, white and blue Delaware threads.

Kilpatrick last played for the Blue Coats franchise during the 2015-16 NBA G League season, when the Philadelphia 76ers’ G League affiliate was still known as the Delaware 87ers.

A New York native, Kilpatrick spent parts of two seasons with the Delaware franchise. In 22 games towards the end of the 2014-2015 campaign, he averaged 16.1 points, 3.1 rebounds and 1.9 assists in 31.5 minutes per game. But it was the following season, however, that Kilpatrick took his game to another level as a scorer. In 28 games, he posted 26.4 points over 38.4 minutes per game. He shot .472 from the field, including .426 from three-point range, and ultimately captured the G League’s scoring title that season.

However, Kilpatrick’s 2015-16 season was not just a straight shot through the G League.

His stellar play with the Blue Coats helped him receive a Gatorade Call-Up to the NBA in January 2016, as he earned a pair of 10-day contracts with Minnesota and Denver before returning to Delaware.

This led to a few other NBA opportunities, including with Brooklyn, Milwaukee, the L.A. Clippers and Chicago in the ensuing years.

During the 2016-17 NBA season with Brooklyn, Kilpatrick produced an amazing 38-point performance against the Clippers in which 31 of his 38 points came in the game’s fourth quarter and two overtime periods. His performance led the Nets to a 127-122 victory.

Kilpatrick ended up taking his talents to Greece in January 2019 when he signed with EuroLeague club Panathinaikos. He played 13 games with Panathinaikos in the Greek Basket League and also saw action in 15 EuroLeague contests. Kilpatrick helped the club to the Greek League title in 2018-19, averaging 9.2 points, 2.1 rebounds and 1.8 assists in 23.1 minutes per game.

Last year, he was part of the Montenegrin club Budućnost VOLI in the ABA League and he posted 16.5 points per game in a pair of EuroCup games before the season was suspended due to the COVID-19 pandemic.

Most recently, Kilpatrick is playing with Tofaş, a Turkish Super League club. In eight games, he’s averaging 18.9 points, 3.3 rebounds and 4.0 assists in 33.1 minutes per game. He scored a season-high 24 points (6-10 3fg) with a season-high seven rebounds and five assists on Nov. 8, and also poured in 18 points in his most recent outing on Nov. 22.

Off the court, Kilpatrick has his own clothing line called “UNDRAFTED CLOTHING” that he actively promotes on his Twitter account. He expresses his undrafted background in his clothing and is always adding new merchandise.

Kilpatrick seems motivated to be successful with the Tofaş ball club. He turns 31 in January and is playing well so far this season. We’ll see what the future holds for him.

There is a message at the bottom of the website for Kilpatrick’s clothing line.

It’s shared by the Blue Coats alum, himself:

“God has a plan for everyone, the roads are just different.”