WILMINGTON – NOV. 11, 2020 – The Delaware Blue Coats, the NBA G League affiliate of the Philadelphia 76ers, announced today that Jameer Nelson has joined the team’s basketball operations staff as Assistant General Manager. Per team policy, terms of the deal were not disclosed.

Nelson brings a lifetime of basketball experience and knowledge into his new role. The 14-year NBA veteran and former All-Star will provide valuable expertise to the 76ers’ scouting efforts, while assisting Blue Coats General Manager Matt Lilly in overseeing all aspects of basketball operations for the 76ers’ G League affiliate. 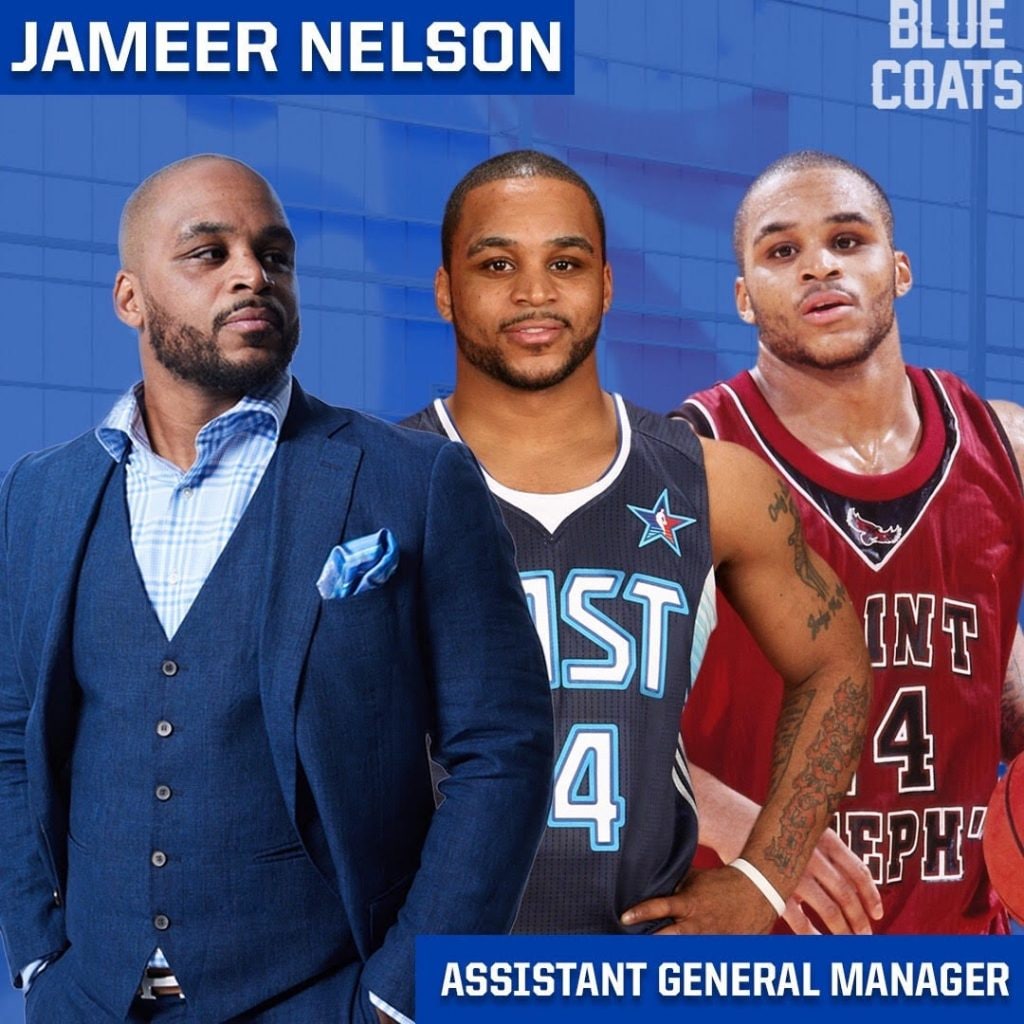 “We are thrilled to welcome Jameer Nelson to the organization as he takes the next step in his storied basketball career,” Lilly said. “Jameer is a natural fit given his tremendous playing career, deep industry relationships and strong connection to our communities on and off the court. I am eager to work with him as we continue to grow our program in Delaware.”

Nelson was selected No. 20 overall in the 2004 NBA Draft and played in 878 career games with six teams, while holding career averages of 11.3 points and 5.1 assists. As an All-Star during the 2008-09 campaign, Nelson helped lead Orlando to the franchise’s second-ever NBA Finals appearance. His 3,501 career assists are the most in Magic franchise history, while he ranks second all-time in career games played (651), third in three-pointers made (874), and fifth in both points (8,184) and steals (619).

“I can’t wait to get started. I am energized by the chance to help shape this organization’s future,” Nelson said. “I want to thank the 76ers and Blue Coats for the opportunity, and I look forward to using what I learned during my playing career to identify and elevate talent within our program.”

The Chester, Pennsylvania native and former Saint Joseph’s standout famously led the Hawks to a perfect 27-0 regular-season record during the 2003-04 season, en route to securing a No. 1 seed in that year’s NCAA Tournament, while earning National Player of the Year honors. Nelson is Saint Joseph’s career leader in points (2,094), assists (713) and steals (256). His No. 14 was retired by the school on April 23, 2004.