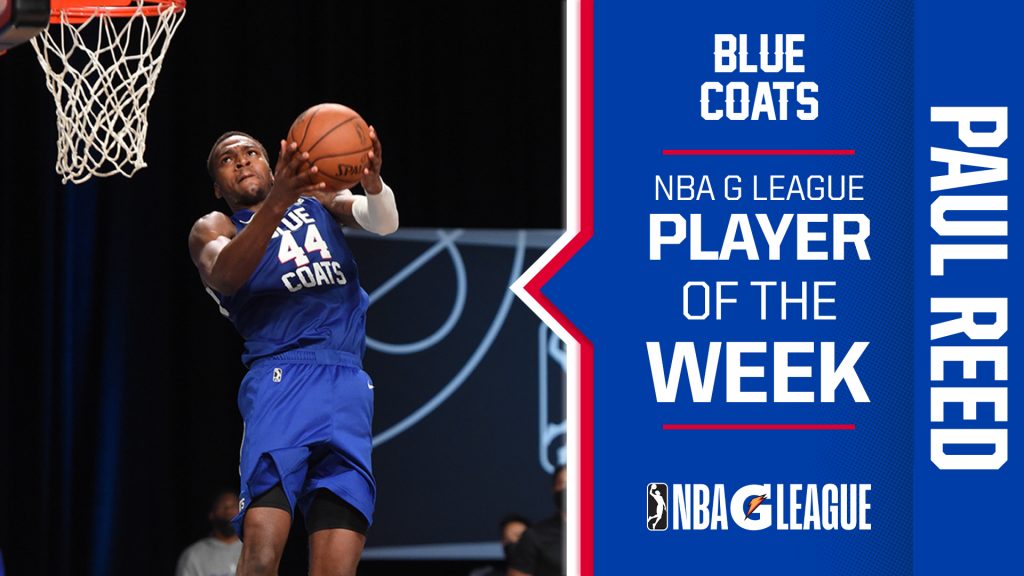 In the Blue Coats’ 108-101 win over the Agua Caliente Clippers on Sunday, Reed posted a career-high 31 points with 11 rebounds for his third consecutive double-double. The DePaul product and No. 58 overall pick in the 2020 NBA Draft opened the season with two double-double efforts in as many days on Feb. 11 and Feb. 12. On Friday against the Santa Cruz Warriors, Reed poured in a game-high 23 points with 12 rebounds, three assists and a game-high four steals. The Orlando native’s NBA G League debut was a 20-point, 10-rebound performance on Thursday against the Fort Wayne Mad Ants.

The Blue Coats will take on the Greensboro Swarm on Tuesday at 7 p.m. ET. The game can be seen locally on DETV Channel 28 and heard on Rowan Radio 89.7 WGLS-FM.